Why I feel smug.

Chat and items of interest about Crete and Greece.
Post Reply
19 posts

Why I feel smug.

This has nothing to do with "The Beast From The East", just today's lunch.

You want to try this "beast from the east" believe me it's not nice. People stuck in cars for 24 hours on motorways. M62 closed for 12 hours so far with no end in sight. Evan a young lad with a sled walking alongside cars handing out pizzas and water.,

Temperature predicted to be in the 20 to 24 C range and mostly sunny with pretty much zero probability of rain for the next 10 days. Better than most summers in the UK. Having said that the rainfall is worryingly low this winter so perhaps we should all be praying for rain rather than wallowing in the sun?

PS They always used to say, "In like a lion out like a lamb" to describe March in the UK so that seems to be working out fine so far this year. Freezing rain next I think?
Top

I was feeling sybaritic yesterday. I had lunch in my garden, next to this. 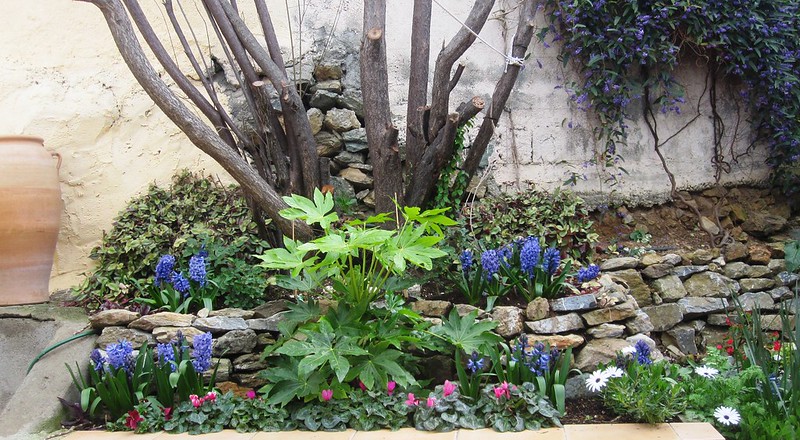 The heady perfume from the hyacinths was enveloping me. Strangely it did not affect the taste of my BLT sandwich or the ripe, juicy pear that followed it.
Whilst I ate, I was looking at this and looking forward to summer. 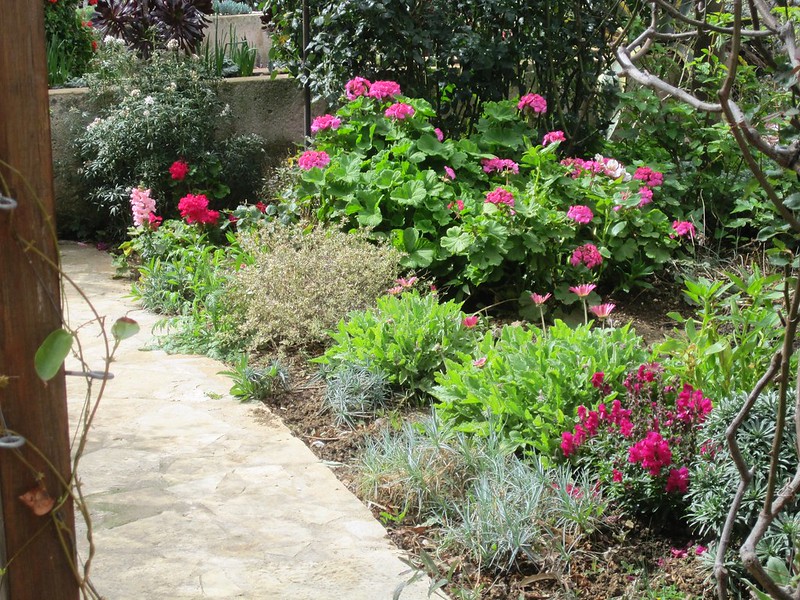 It's a hard life.
Daisy

When I said to the waiter, "Αυτός ο καιρός είναι σαν την άνοιξη.", he contradicted me with, "Οϊ, είναι το καλοκαίρι."
I agree about the need for some rain.

When I said to the waiter, "Αυτός ο καιρός είναι σαν την άνοιξη.", he contradicted me with, "Οϊ, είναι το καλοκαίρι."
I agree about the need for some rain.

P.S. "Οϊ" was the only way I could think of writing this alternative to " Όχι"

That'll do Phil. In Kithira once I said 'OI, oi, oi' in response to a question. Immediately the guy said 'Ah, you are from Crete!'. Says it all. Bob.
Yesterday today was tomorrow. Don't dilly dally!
Top

feeling smug: Having or showing an excessive pride in oneself or one's achievements.


you don't need to feel at all smug.
Top

because you don't present anything special.
Top

From Collins English Dictionary, my highlight in red:

If you say that someone is smug, you are criticizing the fact they seem very pleased with how good, clever, or lucky they are.

Given those pictures in February it works for me.

Have I offended you somehow, Tweetie Pie?
filippos http://creteforyou.com
Top

No,not at all...don't be silly

as far as I can discern WE RE All SO LUCKY TO BE LIVING HERE....smugness is something other.
Top

That was one of the first records, if not the first, that was bought for me; a 10" 78 r.p.m that was played on an allegedly portable wind-up gramophone that needed the needle changed after about five plays. Until then I suffered things like Gilbert & Sullivan, in boxed sets of 10 or 12 x 12" records, and crackly 'singles' of stars like Enrico Caruso, much played by my father who'd inherited them from his father. There were a few recordings by modern 'popular' artists like Vera Lynn - White Cliffs of Dover - and, I think, Anne Shelton? - with "The Trolley Song" along with a (very) few bearable Glenn Miller discs. The popular ones which had much handling were, of course, well worn so frequently jumped a couple of grooves and/or clicked a couple of times per revolution where they were cracked.
filippos http://creteforyou.com
Top

Dear god, we've had parallel experiences -albeit it was Mother who was (apparently in love) with Mr Enrico Caruso.

TweetTweet wrote:as far as I can discern WE RE All SO LUCKY TO BE LIVING HERE....smugness is something other.

No luck involved in our case - it was a choice.
Fortunate to live here ? definitely
Top
Post Reply
19 posts

Users browsing this forum: No registered users and 14 guests