With the leaders of our adopted country making such a pig's ear of electing a president; and with a political party with no proper policies being seen as the most popular; and with the possibility of the Greece and UK leaving the EU, it may be a year somewhat different from the peaceful idyll we are used to. Nevertheless, let us show traditional British grit in making the best of things and helping our hosts to sort out the mess. In general, we expats are in a better financial position than many of our hosts and so let us resolve to help them as much as we can.
Top 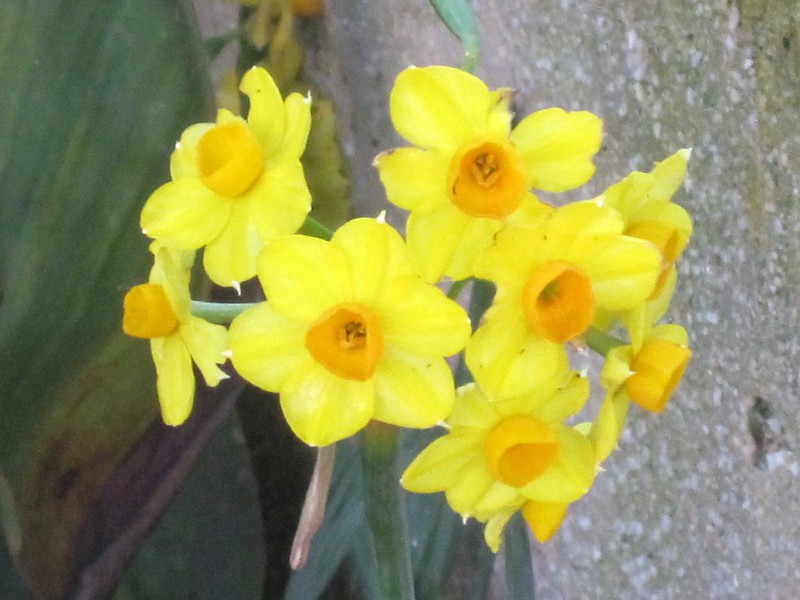 "Nevertheless, let us show traditional British grit in making the best of things and helping our hosts to sort out the mess"

What a typical British statement. Britain is in the doldrums, cant sort its welfare state out (wfp) , cant say no to the EEC, over run with immigrants(which we cant say no to ), politicians that are only interested in lining there own pockets.


But not to worry well make the best of it and tell others how to do it.!!!!.
Top

Moggieman: I said "traditional" i.e. what we were known for. The fact that England has few traditional Englishmen has produced the mess we have.
Top

I am certainly NOT a "traditional Englishman" but i dont think tradition has anything to do with a persons values.
I find most users of this site to be intelligent and astute so would probably know criminal behaviour when they see it.
As in "expenses mismanagement" - "bonus payments" - self arranged 11% payrise - Paedophile rings in westminster and other places of establishment power
Yes "tradition" has its place, a self serving statement, however tradition can also be bad. Afterall the Queen by "tradition" makes her speech to the UK and Commonwealth every Christmas Day... but the content of said speech can be devoid of any relevance to many millions. Is that a good thing ?
Actors and non entities filled out the Honours list - is this a worthy tradition ?
I agree with the initial post in that as expats we can still work for and want for our host country to be economically sound but lets not forget ..... TROIKA appointed the Greek leader not so long ago. Not a single care for the people and democracy.
Now years later people starve, kill themselves, live on the streets despair of any hope. When at the same time those clowns (criminals) in the EU - EC - IMF etc are living the grand style.
Top

Loretta9 wrote:...lets not forget ..... TROIKA appointed the Greek leader not so long ago...

It's very difficult to forget it when you keep repeating it. The fact that it isn't true doesn't seem to interest you at all? You carry on spouting the myth.

When George Papandreou resigned in November 2011 a government of National Unity was formed to deal with the debt crisis. Lucas Papademos was proposed to act as prime minister as someone with respect who could be accepted by both parties. He was not appointed by the Troika. He only agreed to take on the role providing both ND and PASOK MPs served in the government and it was for a very limited time. The government so formed also had support from the far right Popular Orthodox Rally. Everybody taking part in these negotiations were Greek MPs elected by the Greek people. Their main purpose was to prevent the total collapse of Greek society following the debt crisis. Since he had a PhD in economics, had served as governor of the bank of Greece and as Vice President of the European Central Bank he was not exactly a stupid choice. This government served for six months until May 2012 when elections were held.

After the elections of May 2012 no party had an overall majority and all attempts to form a coalition government failed. Panagiotis Pikrammenos, who was President of the Council of State, then acted as caretaker prime minister until new elections could be held in June 2012. Again this was a sensible choice under the Greek constitution and was not made by the Troika.

After the June elections there was still no party with overall control and the current coalition was formed. Again as an outcome of democratic elections in which the Greek people voted for Greek MPs. Not appointed by the Troika.

"Spouting" ? steady kilkis Kettle, Pot black springs to mind.
Papandreou's was directly threatened by TROIKA with a withholding of EU "funds" if he did not IMPOSE their policy of extreme austerity measures. he was elected by the Greek people and forced out by EU officials by direct threatening interference of a sovereign state. It is a matter of opinion whether austerity is good or bad for a country - as a policy measure. There are many experts who would prefer a different means.
You dont have to have the affrontery of Hitler to interfere with a sovereign state. The current state of our planet is riddled with financial powerhouses, pseudo political bullies, who have more effect on elections than the people.
Top

Papandreou negotiated a deal with the EU, the ECB and the IMF. They would provide funding to keep the country going. He would put the country straight. Do you imagine anybody would lend €240 billion to Greece without some conditions? Papandreou then made a serious political miscalculation. He decided to hold a referendum. I have no objection to that. Iceland's president did the same thing when they were in a similar position.

Papandreou, however, announced that he was going to hold the referendum without informing the people who had just agreed to bail the country out. That was stupid. The EU, the ECB and the IMF then told him that the deal was off if he held a referendum. At that point he chickened out and resigned. When Iceland's president was faced with more or less the same situation he went ahead and held the referendum and faced the consequences. The Icelandic people voted against the bailout and Iceland went it alone, although it did still get some funding from the IMF I believe.

Papandreou was not kicked out he resigned. He was forced to resign because he was an idiot and a coward. He should either have accepted the bailout conditions on his own authority as leader of a duly elected government or he should have told the Troika that he was going to put it to a referendum and done it.

Most of the austerity measures imposed on Greek citizens have not been designed by the Troika. They have been designed by the Greek government. The Troika set the overall demands that the Greek government must reduce the budget deficit until it was in surplus so that it could start to reduce its debt. The deficit can be reduced by tax increases, spending cuts or a combination. The Greek government decided the mix of tax rises and spending cuts. They also decided to implement the spending cuts through pension and wage cuts rather than streamlining the public service. The Troika evaluated if, in their opinion, the proposed measures would do the job and if not demanded alternative solutions. They also demanded structural reforms to sort out the chaos that exists in the Greek State. Finally they audited the government to ensure it was keeping its commitments.

The Troika made mistakes that is certain, I suspect mostly because of IMF influence. They expected the reforms to be implemented too quickly. That caused a much bigger recession than they anticipated with an associated downward spiral of falling tax receipts, drop in GDP and rising unemployment. The IMF always gets it wrong. Their predictions are never correct. They always continue to follow the same mantra. That is what economists do. Economics is not a science but a religion. It is a belief system and you keep sticking to the same beliefs no matter how many times they are proved wrong.

The government also don't escape blame here either. While they were quick enough to implement tax increases and wage/pension cuts, because they are easy to implement, they delayed implementing structural reforms because they were terrified of special interest groups. Those delays exacerbated the recession.

Blame the Troika for what it got wrong but stop inventing things that it never did.

Loretta9 wrote:Actors and non entities filled out the Honours list - is this a worthy tradition ?

How do you distinguish an actor from a nonentity?
filippos http://creteforyou.com
Top

Kilkis wrote > Papandreou was not kicked out he resigned. He was forced to resign because he was an idiot and a coward. He should either have accepted the bailout conditions on his own authority as leader of a duly elected government or he should have told the Troika that he was going to put it to a referendum and done it.

On this Kilkis I have to agree with you.
Top

A statement from a spokesperson:

"Scooby wishes to apologise for his late wishing of Happy New Year but he has only just woken up after New Year's Eve."


Happy New Year to all..
Top

Seems the all-pervasive US political machine cannot resist the temptation to interfere and bring their influence to bear wherever in the world takes their fancy.

Users browsing this forum: No registered users and 23 guests